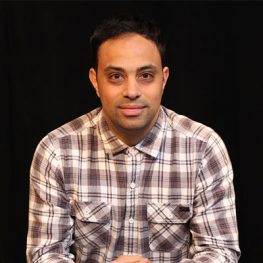 Daniel was born in Jerusalem and has lived both in Palestine and the United States of America. He started his career in the sciences where he studied Physics for his Bachelors and did high energy research with CERN. He later found an interest in Theology and Comparative Religion, which is now his main academic focus.

His academic interests and publications focus mainly on Qur’anic Studies, Medieval Arabic Christian philosophy, and Muslim-Christian relations. Currently, he is writing an introductory book on the Qur’an, the first of its kind for an Arabic audience. He is also active with Kairos Palestine and Christ at the Checkpoint.

In addition to his academic career, Daniel is active in small entrepreneurial projects like recycling glass waste and roasting coffee. Furthermore, he is the president of Ultimate Palestine, the national Palestinian association of Ultimate Frisbee.