Bethlehem Bible College Choir first started in 1981 under the leadership of David Hilbery. It was later developed to include not only students from the BBC, but also young men and women from the larger Palestinian community. Through the years, the choir has been well received locally and abroad. It has been featured on television in England, Canada, and the United States. The Choir has traveled to the United States, England, Germany, Norway, Sweden, Brazil and Ireland, presenting songs of praise for the glory of God as well as representing the Palestinian Christian community. In 1997, under the leadership of Rana Isaac, the Choir recorded its first Album “Awaiting Your Return”, which was produced by David Loden. In 2006, the Choir recorded its second Album “Bethlehem”, which is a Christmas Album, under the leadership of Munther Isaac.

The Bethlehem Bible College Choir is unique in that it represents the seldom heard voice of the Palestinian Christians. The Choir has a varied repertoire which includes music from the historic churches as well as from the contemporary Arab Christian world. With a performance style which is distinctively Middle Eastern, the music conveys a strong commitment to Jesus Christ and reflects the experience of faith forged under pressure. The Choir today has over 25 members and is led by Mr Akram Nassar.

A Palestinian choir group held a Christmas concert and sang Christmas songs in Arabic in some parts of Indonesia. Indonesian Inter-Church Council (Bamag)’s secretary general Hence Bulu said, the Bethlehem Bible College has held the Christmas concert since Dec. 9 in several regions, like Jakarta, Manado, and Bali. According to a press release, the concert was part of cultural cooperation between Bethlehem Bible College and STT Global Indonesia higher education, which was signed in early 2016.

MEET ONE OF US: Akram Nassar, BBC’s Choir Conductor 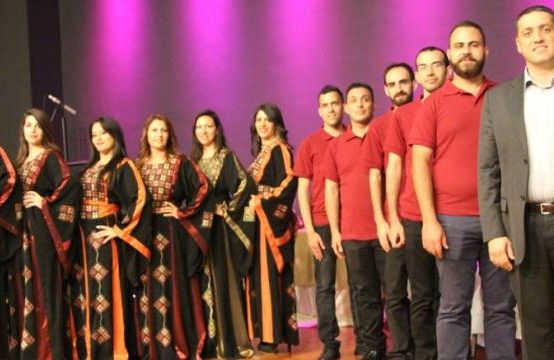 Meet One of Us: Akram Nassar, BBC’s Choir Conductor