This week BBC’s students from the Diploma Tour Guiding program as well as those from other universities in the area are taking their exams from the Ministry of Tourism to become licensed tour guides. Bethlehem Bible College is honored to host both the Ministry and the students on our campus. This exam is usually given once a year and consists of three major components: written test, oral exam and language proficiency.

While the writing portion is worth roughly thirty percent of the total exam, the questions may range from the most detailed nuances dealing with history, religion and archaeology spanning all the way to general knowledge of historic Palestine. Students must come prepared with detailed information encompassing these categories.

After the first day of testing in the written portion, the following day consists of the oral and language components. The oral component makes up the remaining roughly seventy percent of the exam with the language being a measure in proficiency. The oral exam requires the students to answer questions given by a six-person committee.

Each committee member specializes in a certain area of focus ranging the similar categories as listed in the written exam. The students are then asked questions regarding these different topics as a means of testing their comprehensive knowledge.

Language proficiency is a crucial part to becoming a tour guide. Students in this year’s exam will be measured in their ability to speak fluently in Spanish, Russian, German or English. Many of the students speak even more than these languages and may have to undergo additional testing in each respective language. The students will then be graded upon their level of proficiency, which is then combined with the written and oral sections of the exam to determine a final score.

Diploma Tour Guiding program coordinator, Haytham Dieck, stressed the importance of diligently preparing for the exam over the course of the year due to the complexity required to pass. Since the exam is usually given but once a year, failing would delay a certification until the following year or until the exam is scheduled. It is considered a great achievement when one passes this exam, and from those of us at BBC, we wish the students the best of luck and pray for their ability to focus well and apply their knowledge in such a way that results in their success in becoming a tour guide! 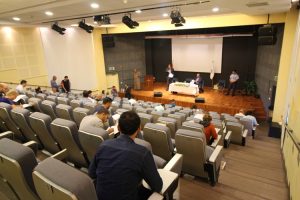 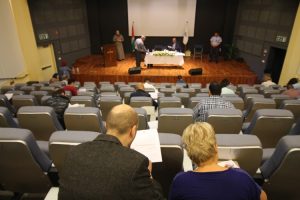